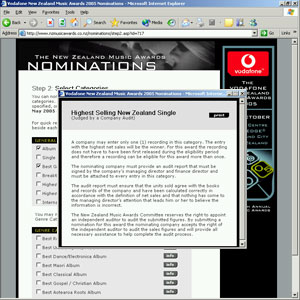 Paper based nominations and judging used to involve a significant amount of unnecessary administration time for RIANZ, who wanted to keep their cost overheads to a minimum.

In 2004 Frontend Design brought in beweb to help put first the nominations, then the judging process online. These systems were so successful that in 2005 we integrated the two together, made a few enhancements, and provided RIANZ with additional flexibility in managing the awards.

CareNet
Care on Call and Medcall